HGH Boost is a potent complex of all-natural ingredients that help increase your body’s human growth hormone (HGH) levels. When your body is deficient in HGH, you could suffer through a slew of mental and physical problems such as muscle loss, fatigue, fat gain (especially in your mid-section), rapidly decreasing strength levels, low motivation, mental fog, and could contribute to depression and lessened libido. HGH BOOST is perfect for men and women who want to build lean, powerful muscle while burning fat and improving their mental and physical performance by naturally increasing this essential hormone. See all top rated HGH products and where HGH Boost ranks!

One of the key components in muscle development and maintenance is the growth hormone. This item might be a solid choice for those who are looking for an effective muscle building formula or for something that can reduce the aging signs.

HGH stands for human growth hormone, and it is a hormone that occurs naturally in the body. However, it should be noted that not all of these benefits have been scientifically proven.

The HGH Boost product by SculptNation has a good mix of amino acids, GABA, colostrum but doesn’t contain dopamine enhancers and anti-somatostatin compounds like Alpha GPC, so currently Sculpt Nation HGH Boost doesn’t make it through to our top 10 HGH supplements in the market.

If you are looking for best HGH for bodybuilding, we recommend HyperGH 14x over HGH Boost.

Most T-boosters & HGH supplements back then used to be made out of ingredients that were picked by unproven scientific studies and groups who were just looking to make a quick buck. However, selecting a good HGH product is more of a science!

HGH is produced by the pituitary gland to fuel growth and development in children. HGH boosters are mainly used for checking the aging process and for muscle building.

HGH Boost is a safe, effective supplement which boosts your body’s production of human growth hormone.

Tribulus Terrestris in HGH Boost is commonly found in natural test boosters and is actually NOT much of a HGH booster. Sculpt Nation claims you can take supplements daily and burn fat with no major changes to diet and exercise, which also seems unreasonable.

As you can see, the product is mostly amino acids, GABA and Tribulus Terrestris combined. There are better HGH products in the market.

Besides HGH supplement, they also offer products like fat burners. The Sculptnation Fat Burner is a thermogenic supplement designed to maximize fat burn during workouts and throughout the day. Sculptnation’s fat burning formula is based on cayenne peppers, a chili pepper extract that is believed to help burn fat. The product also claims to help suppress your appetite, increase energy, and lower your waist-to-hip ratio. Like pretty much every dietary and workout supplement out there, these claims are not approved by the FDA so you have to take them with a grain of salt.

Human growth hormone is secreted by the pituitary gland and it helps in the growth of the human body. The pituitary puts out GH in bursts; levels rise following exercise, trauma, and sleep.

Under normal conditions, more GH is produced at night than during the day. This physiology is complex, but at a minimum, it tells us that sporadic blood tests to measure GH levels are meaningless since high and low levels alternate throughout the day. But scientists who carefully measure overall GH production report that it rises during childhood, peaks during puberty, and declines from middle age onward.

While synthetic hGH injections raise the amount of ghrelin (the hunger hormone) being produced by the body, which can trigger a serious appetite increase and cause many hGH users to bulk up. On the other hand, studies on Genf20 Plus and SeroVital‘s proprietary key compound shows it may increase hGH production not by boosting ghrelin, but by repressing somatostatin, a hormone that inhibits hGH production.

It’s clear: alcohol intake lowers testosterone levels. In fact, drinking beer regularly can have devastating effects on your T-levels in the long haul. This happens because beer contains so-called ‘phytoestrogens’ – compounds that increase estrogen levels which, as we’ve shown above, have the effect of lowering the amount of testosterone in the body. As a matter of fact, numerous studies have pointed out that chronic alcoholics have lower T-levels relative to non-alcoholic individuals.

Be the first to review “Sculptnation HGH Boost” Cancel reply 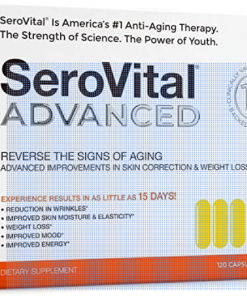 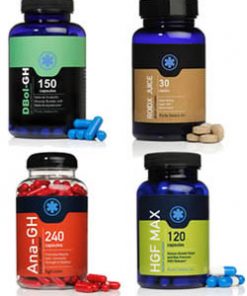