Thrive hGH has the same patented formula that is found in Serovital or Growth Factor 9. It seems that the company bought the rights to the patented proprietary blend in Serovital and Growth Factor 9. The retail price seems to be little on the higher side as compared to the other 2 products unless you sign up for an autoship program. Currently, Thrive HGH ranks #24 among our list of best-selling HGH supplements.

Thrive hGH is a scientifically-formulated combination of amino acids and nutrients, which nourish your pituitary gland and increase the release of your own natural hGH.

It is clinically validated, high-demand, cutting-edge HGH product;  is claimed to be incredibly lucrative if promoted through their MLM plan, patent-pending compensation plan (that pays 3x more than average compared to other plans); and our professional sales and product support system are all designed to help you achieve the LifeSpan, HealthSpan, and WealthSpan you want and deserve.

Thrive hGH is a Certified 100% SeroVital-hGH Formula and is sold in retail stores under the brand name SeroVital hgh.

Thrive was shown in a double-blind, placebo-controlled clinical trial to cause a mean 682% increase in bioactive, serum (blood) growth hormone levels.*The research was conducted at a prestigious university and caused a measurable increase in HGH levels not just in young, athletic males, but in men and women, young and old.

Other Ingredients May Include: Gelatin, Magnesium Stearate, Silicon Dioxide, and Rice Flour

Adults take 4 capsules by mouth on an empty stomach, either in the morning two hours before breakfast or two hours after dinner prior to bedtime. Do not exceed 4 capsules in any 24-hour period.

So after working out yesterday I go eat at the food court in my gym. Then, some guy I see every once in awhile comes and chats with me.So, after a few minutes of talking, he asks me if I have heard about Limitless Worldwide HgH Thrive? I reply to him that I have never heard of it and that I had to leave. He, then tells me to research it and if I want some he can get it for me. After, doing some research on it, I cant seem to find anything much about it besides that its non injectible. Has anyone heard about this type of HGH?

Only thing I could dig up is that the main ingredient is Somatodyne, which I’m not familiar with. Apparently Limitless Worldwide has the exclusive rights to this particular ingredient. I found one site saying that Somatodyne is a blend of amino acids but it didn’t say which.

Being perfectly honest, I could see why someone might fall victim to this type of product marketing campaign.

If you do any combination of searches for limitless worldwide thrive, you’ll notice every single result on the first 4 pages is positive. Anyone trying to do preliminary research on this is FLOODED with claims of how effective it is, consumer reviews claiming results, the “science” behind amino acid HGH stimulation.. it’s a giant slow cooking crockpot of hot poo. I truthfully can’t understand how this isn’t some sort of FDA or FTC violation. My favorite is the ‘study’ (which of course there is no evidence of in any peer reviewed journal) that claims this product increased serum HGH levels 6-fold.

I hope this company goes under.

Here is an unbiased and maybe unrelated review of the product/company as HGHCANADA is clearly a rep for the company.

This isn’t HGH, it’s a series of amino acids in a pill that. It’s by no means a pharma product.

The study is valid, however per the study, dosing at 2.4g of the combination of aminos, after 120 minutes, the gh spike begins a rapid decline. It also raises GH levels to 0.04ng/ml, which is comparable to taking 0.06iu (very small amount) of GH via SubQ. It’s simply stating that there is a study with the same ingredient profile that results in the temporary 682% increase in GH for up to 120min. 0.06iu is not even a prescription dose of HGH, but is actually only a fraction of the median HGH dosage.

Contrary to what’s being stated, Thrive-HGH is not validated by 14 international patents, but is validated under 4 patents (the same exact study per patent). 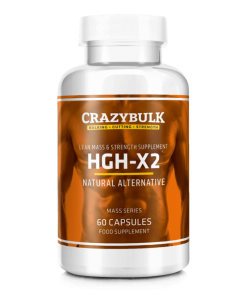 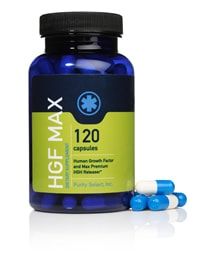 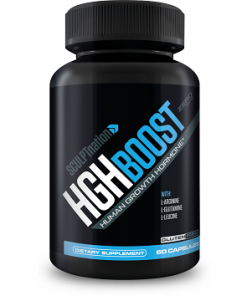