Thermakor by Kor is a thermogenic fat burner that’s made for people who want to lose weight.

This thermogenic pills product claims to dramatically accelerate the body’s fat-burning process, while also inhibiting the formation of fat. It also claims to suppress appetite, spike the body’s metabolic rate while replenishing the body’s energy levels and also boosting overall stamina and endurance.

Let’s break down the ingredients in Thermakor:

Green Tea Extract: It’s quite common ingredient in Fat Burners and rightly so. It boosts resting metabolic rate for better fat-burning power. The 300 mg dosage is OK, but would be better if standardized to exact levels of EGCG, which is considered to be green tea’s active fat-loss compound.

Garcinia Cambogia. Our #3 Best5 Fat Burner. It’s a great ingredient, but in Thermakor it falls short: 100 mg dose is on the low-end of clinical range, and it’s not standardized for Garcinia’s active fat-loss compound Hydroxycitric Acid (HCA).

Razberi-K. A premium-quality, branded form of raspberry ketones, organic compounds believed to promote lipolysis (fat breakdown) while optimizing metabolism. Raspberry ketones have been suggested to target belly fat, specifically, though this is not yet substantiated by strong research.

Green Coffee Bean Extract. Our #5 Best5 Fat Burner. 300 mg is a nice fat dosage of the ol’ GCBE, so we’ll forgive Thermakor for not using a better-quality form of the extract that’s standardized to supply its active fat-burning Chlorogenic Acids (CGAs).

Forslean. A branded form of forskolin, it may work by activating cAMP and triggering lipolysis. The dosage minimum is at least 50 mg per day according to its patent owners, and Thermakor hits the sweet spot. We gotta point out a DERP by Thermakor though…

Hordenine. A bitter orange compound, it works by boosting norepinephrine (adrenaline) to trigger fat-burning in the body.

We’re not crazy about this choice simply because Hordenine is not backed by strong evidence for fat-burning, at least not yet. As a speculative add to a fat-burner stack, it’s just OK.

Caffeine. Our #2 Best5 Fat Burner, it’s a common favorite among supplements but the 150 mg dosage is leaning towards the modest side. We actually approve of this modest dosing, especially in combination with synephrine, which we’ll get to in a minute.

Salicin. Better known as White Willow Bark, it offers protection against adrenalin-killing enzymes and ephedrine-inhibiting prostaglandins (which is imperative for optimizing the activity of Synephrine). Dosage is good enough to assist synephrine as it does its work, and may also promote soothing muscle comfort if you’re training hard to burn fat.

Synephrine. Boosts metabolism, separates fat from cells, accelerates fat-burning, and may even help with appetite. Thermakor has a hefty 50 mg dose here, which is one reason why we like the more modest 150 mg of caffeine — the two are known to work in combination, along with hordenine. Synephrine is a potent stimulant though, often found in many diet pills and appetite suppressants, so be careful.

Review1
This thing is strong. Maybe its cuz I only way 108 pounds, but seriously 1 a day was all i could do. But it works great. I dropped 2% ish body fat in 2 weeks. I was stuck at 14% for over 6 months – then started taking thermakor and finally broke 14. Pretty awesome. Plus the energy feels good and I have no crash. Ima fan. Good product. Good company.

I’ve been taking this product for 3 weeks now and I feel the boost of energy and it suppress my appetite very well. I walk about a half hour after taking the pill and I noticed that I sweat all down my face and back. Haven’t weighed myself yet but I will report any loss.

Thermakor claims to do at least 4 things:

Looking at the formulation, we’d expect Thermakor to deliver a modest energy bump with a more dramatic boost in fat-burning capacity. There might be a spike in alertness, focus and mental energy that would further support training efforts designed to further promote fat loss.

To place it simply, Thermakor combines a selection of thermogenic compounds, and the addition of white willow bark extract could definitely boost their efficiency by boosting your circulation and enhancing absorption.

To make sure you get best results with this diet supplement, ensure your daily diet, schedule, and cardiovascular activities tend to be where they must be, and don’t think that a thermogenic capsule will make up for deficits in some of these three areas because it won’t!

Be the first to review “Kor nutrition thermakor” Cancel reply 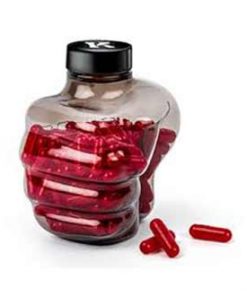 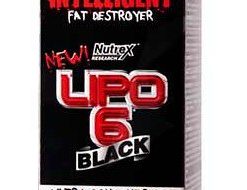 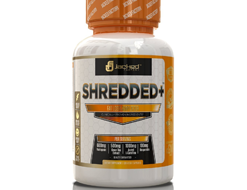